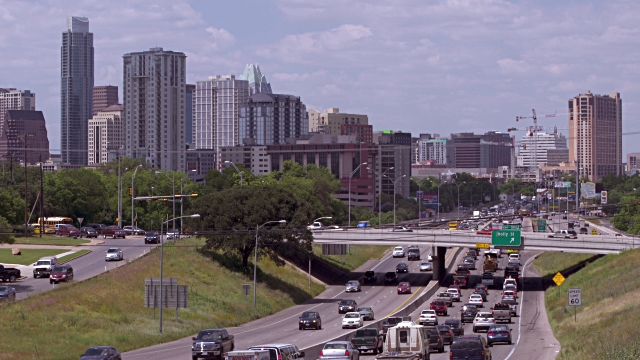 As of this morning, the surging popularity of ride-sharing apps Uber and Lyft has been silenced in the city of Austin, Texas.

As chronicled in our last blog, ride-sharing apps are being held to a much more lax standard than taxi companies when it comes to issues of safety, driver vetting, and more. Last December, the city council decided it had enough of the companies’ attempt to skirt safety regulations, and required them to begin fingerprinting drivers.

Over the past 5 months, Uber and Lyft spent a combined $8.6 million on an aggressive campaign to push Proposition 1 onto the books. That proposition would remove a fingerprinting requirement for ride-sharing apps, and codify into law the loophole that those apps have been exploiting.

This weekend, however, Austin voters rejected Proposition 1 by an impressive margin. Consequently, Uber and Lyft have suspended service in Austin, unable to continue offering their rock-bottom prices while also ensuring that their drivers are safe, reputable individuals.

Perhaps Austin voters are concerned by what the Wall Street Journal calls “a string of high profile incidents of crime” surrounding ride-sharing drivers over the last several years. Getting into a car with a stranger, especially late at night when the rider is potentially tired or intoxicated, becomes a dangerous gamble when there is no regulatory body overseeing the driver’s background.

The executives at Uber and Lyft are likely extremely concerned by this outcome, as it has far-reaching implications for the future of their business. One of the reasons that the apps have been so successful is their ability to recruit large numbers of drivers in a short time frame. Taxi companies, on the other hand, have long been required to thoroughly examine their drivers before they are given a license to ferry citizens around.

Analysts and pundits expect this clash between safety and competitive pricing to pop up in other cities besides Austin, now that this precedent has been set. Importantly, Proposition 1 failed not because of the decisions of policymakers, but because of the citizens’ vote. This suggests that the safety of ride-sharing apps has become a public policy issue that is resonating strongly with ordinary people. These are people who clearly are concerned about their sons, daughters, wives, and husbands getting into a car with a person who has not been background checked, fingerprinted, and properly licensed.

At LA City Cab, our drivers must pass a rigorous inspection and vetting process to be considered for assignment. Our industry harkens back to a time when drivers were professionals, not just anyone off the street who happens to own a car. That means that we take enormous pride in our track record of safety, professionalism, and reliability.

The next time you need a ride, be sure to hail an LA City Cab for added peace of mind that you’re in good hands!