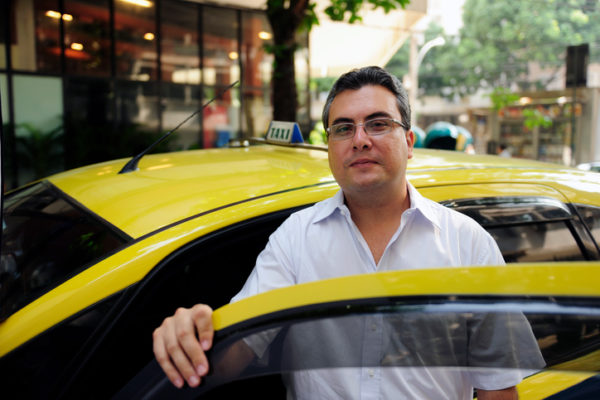 The job of a taxi driver is pretty straightforward: get the customer from point A to point B in the most efficient, safe, and professional way possible. Not much more else is expected when a customer hops into the cab, except maybe a little small talk once in a while. However, history has proven that a lot of taxi drivers go out of their way to help customers out when the time calls. Here’s three feel-good stories of taxi drivers going above and beyond to do the right thing.

In July of 2016, Raymond MacCausland, a Boston 72 year old cab driver with 50 years experience in the business, found a duffel bag filled with $187,000 in cash in his back seat. MacCausland’s passenger requested him to wait outside a hotel for 5 minutes while he ran a quick errand. However, after nearly half an hour passed, MacCausland grew concerned and went into the hotel to check for the passenger. No one seemed to have seen him, and when MacCausland went back to his vehicle he discovered a large sum of cash stuffed in a backpack. Without hesitation, he drove immediately to the police station to turn the money in. Turns out the bundle was inheritance money a homeless man had just cashed in. He was only awarded $100 dollars for the good deed, and many members of the general public feel like he deserved more. There is now an active GoFundMe campaign to raise $5000 for this man’s honest efforts.

In December of 2013, a similar circumstance took place in Las Vegas, Nevada, but this time an even greater sum of money was discovered. Longtime cab driver Gerardo Gamboa discovered $300,000 in cash left in his vehicle by a famous 28 year old poker player. Gambia immediately contacted his company and the police and within hours the owner of the money was found. Gamboa received a $10,000 reward from the man for his help and his company gave him a $1000 bonus.

In November of 2012, Sia Ka Tian, a Singapore taxi driver found a brown paper bag filled with $900,000 in cash left behind by a vacationing Thai couple. Tian didn’t even waste time to count the money in total, as he realized his first priority was to turn the large sum in as quickly as possible. The couple were extremely grateful for his honesty and awarded him an undisclosed sum.