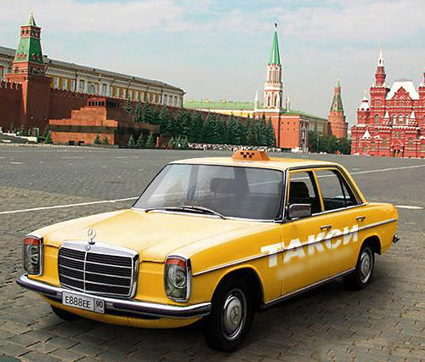 Chances are, it doesn’t come anywhere close to what Nikita Arkhipov experienced over the last five weeks. The young man from St. Petersburg traveled all the way from the western end of Russia to Magadan, one of the easternmost points in the entire country. His chosen method of transportation?

“[I] believe an opportunity to call a cab and travel across the country, just like that, should be available everywhere,” Mr. Arkhipov stated. The man and his girlfriend sought to put that belief to the test over a period spanning more than a month. Although technically, the two had to rely on multiple vehicles in order to make the full journey, they were all taxi cabs. This unique effort will land Nikita Arkhipov in the Guinness Book of World Records, pending confirmation of a few more details.

Although Mr. Arkipov thought of the idea and paid for the fare ($4,000!) to get across the country, his cab drivers and the vehicles themselves did most of the heavy lifting. It wasn’t easy to get all the way across Russia by car, as evidenced by the fact that there were multiple weather delays, auto troubles, and road blocks along the trip.

The most harrowing moment of the entire trip came in the remote town of Sokha, as the taxi was not able to cross the Elga river. The cause? A massive storm wiped out the only bridge spanning the river. The taxi driver, far from home already, had to stay behind for nine days and live out of his car while the bridge was being replaced.

All in all, the sacrifices seem to have been worth it. Besides the world record, Mr. Arkhipov’s trip was documented by a film crew who hope to release a movie chronicling the epic journey in all its glory. The lead filmmaker summed up the team’s motivation best.

“The main goal is for people to see [all that] and come visit, for young people to travel more across their own country.”