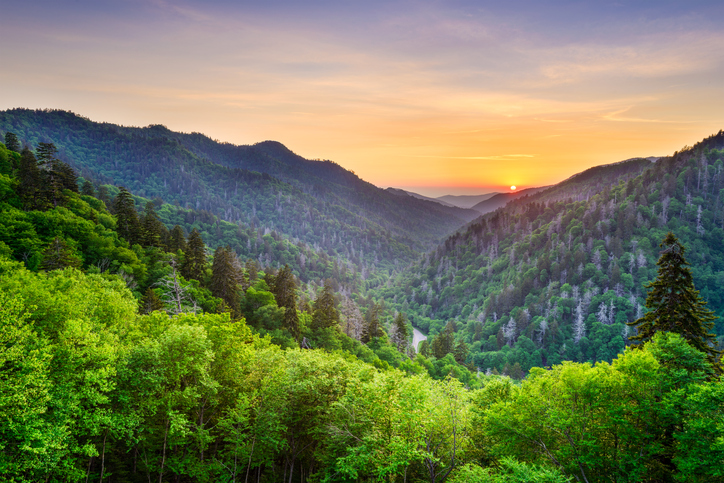 Taxi Driver Drives Through The Night To Save People

Taxi drivers weave through the streets every day and don’t have much time to take in the beauty of the areas they work in. Yet, it is not surprising that some taxi drivers get attached to the landscape, towns they serve, and the citizens they drive every day. This has never been more on full display than on November 28 when wildfires threatened the people of Gatlinburg, Tennessee. In that city, there is a taxi driver named Vinnie Vineyard. This man was at home browsing on the internet like anyone else, when he began to see videos and messages pop up about a fire that was happening near Gatlinburg.

The messages were mostly coming from a friend and co-worker who lives nearby. The co-worker’s name is Luke Walker. Walker’s warnings resonated in Vineyard’s heart, and he knew that something had to be done. There aren’t many people in the city that knew the streets as well as Vineyard did, since he has been a taxi driver for years. In fact, he owns Funk Master V’s Uptown Cabs, and his cab was parked nearby. Vineyard knew that the situation was getting out of hand and wanted to do his part to help some of the people who might be in harm’s way. He was not sure what to expect, but he did not think much about that; he just wanted to get there and help as best as he could.

Black smoke filled the air, which made it difficult for Vineyard to see by the time he made it downtown, but he knew these streets. He turned on the high beams and kept going. Of course, he exercised the defensive driving skills that all taxi drivers utilize to ensure that he and any passengers were safe. The veteran taxi driver turned on this receiver to make sure that he was ready to take calls from anyone who might need a ride out of the downtown area due to the fires. Most people were caught unaware because the warning came so late. Vineyard also picked up people that he saw as he was driving through the smoke. He was able to rescue 10 people from this unfortunate and dangerous situation while driving them to safety.

This veteran taxi driver drove throughout the night, not stopping until around five in the morning when it seemed like the situation was under control. Vineyard felt that there was no other way to react to the situation except to spring into action and help his fellow townspeople. It should be noted that Vineyard is also a professional wrestler at night, which shows that this man has the heart of a true fighter and hero.

Vineyard’s story is just another example of the tremendous character and sense of duty shared by so many who take up the profession of taxi driver, and we’re proud to highlight that courage here at LA City Cab.