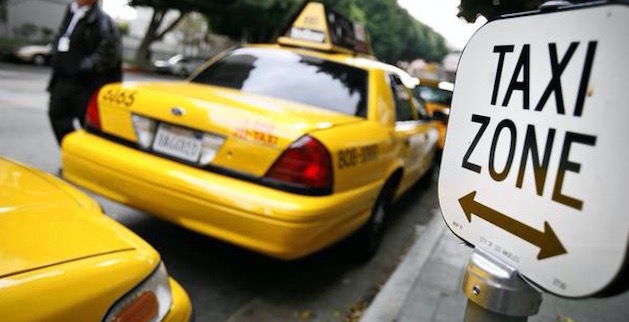 When You Should Book an LA Taxi

While owning a car is almost a necessity in Los Angeles, due to its spread out nature and lack of excellent public transportation, that doesn’t mean that you should always use it. There are a number of instances when it makes more sense to give us a call at LA City Cab.

Driving to a Concert
While there’s nothing as great as hearing live music, there’s nothing worse than a traffic jam as you attempt to leave the venue, with the Hollywood Bowl being perhaps the worst of all. With the help of an LA taxi, however, you can relax in the back seat while your driver takes you to the concert as well as handles any hassles involved in getting you back home again. Plus, an experienced driver will know the best way out of any traffic snarl, saving you time that can be put to better use doing something you enjoy.

In the City
Non-locals might not know it, but, yes, Los Angeles has a downtown. What it doesn’t have is an abundance of available parking downtown. When you take a taxi to your meeting, court date, or whatever else brings you into the center of the city, you not only avoid having to deal with the traffic on the 10, 110, or 101, you’re also spared the time and expense that would otherwise be spent looking for a place to park your car.

Dinner Out
Whether you’re eating in Westwood, Silverlake, Melrose, or any one of a hundred other LA neighborhoods, it can pay dividends to opt for a taxi instead of driving yourself. By avoiding parking and valet fees at the restaurant, the cab ride can pay for itself with the money you save. In addition, when you know someone else is doing the driving, you’ll be free to relax and indulge in the adult beverages of your choice, with no concerns about whether you’ll be in any condition to get behind a wheel afterwards.

To the Airport
When you use an LA City Cab to take you to LAX, John Wayne, or any of the smaller municipal airports, you can save a fortune on daily parking fees that would otherwise accrue while you’re away. Perhaps, more importantly, there’s the potential to strengthen your already existing friendships. Your friends will never love you more than when they hear that you chose to get to the airport by LA taxi, rather than asking them to take you.